This is a text widget, which allows you to add text or HTML to your sidebar. You can use them to display text, links, images, HTML, or a combination of these. Edit them in the Widget section of the Customizer.
Posted on July 2, 2018August 18, 2018 by futurespastsite

They say only an intellectual can listen to the William Tell Overture without thinking of the Lone Ranger. There is also a short musical theme conducted by Mischa Bakileinikoff, which sounds a like a few notes from Rimsky-Korsakov’s Le Coq D’or, which would make some viewers of ‘40s and ‘50s B-westerns think immediately of the Durango Kid.

The Lone Ranger was born in 1933 on radio, where several actors played him over the years until the radio show ended in 1956. He went on to be depicted in two movie serials (with two more actors), a TV series (with two actors over its run) and several movies and a couple more big-budget films, again with different actors.

The Durango Kid, on the other hand, was always  Massachusetts native Charles Starrett, who played the character first in a 1940 picture. The striking image of the masked man in black astride a  snow-white horse (which looked great in the black-and-white movies) caught on, and Starrett ended up repeating the role 64 times.

While on the Dartmouth football team, Starrett was hired to play a football extra in The Quarterback (1926). He decided he liked acting, went into vaudeville, on stage and even Broadway where he was spotted by a movie talent scout. The rest is history. In 1933, he was one of the organizers of the Screen Actors Guild, along with his neighbor, Boris Karloff, whom he would recall seeing mowing his lawn in his Frankenstein monster garb during a few minutes off from making that movie.

Starrett appeared in 167 pictures. He signed with Columbia in 1936, and eventually became its sole B-western cowboy star, appearing over the next 16 years in 115 westerns. At first he played a variety of characters, including a frontier doctor and a Mountie. He continued this for another 31 movies after the first Durango before starring in Return of the Durango Kid (1945). Thereafter, he would always play the mysterious masked do-gooder, his alter ego being a westerner named Steve (the last name would inexplicably  change from one picture to another).

Steve could be anything from a lawman to a wandering cowpoke. Seldom did it occur to anyone in the 65 Durango films that the  Durango Kid always  appeared about the time a stranger named Steve hit town. 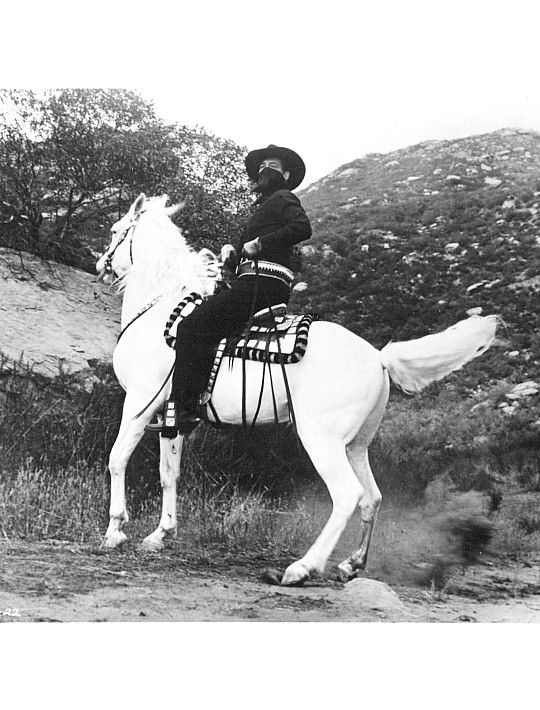 The Durango films were light on plot but heavy on action, with six-guns that seldom ran out of bullets. Dub “Cannonball” Taylor, who had been a comic sidekick in some of Starrett’s earlier non-Durangos, stuck around for a few more. He was replaced by Smiley Burnette, who had until then been Gene Autry’s movie sidekick (Autry had left for military service in World War II). In fact, Smiley, with Gene, was the first regular sidekick in B-western history. Smiley’s music and broad slapstick comedy continued in the Durangos until they ended in 1952 and Starrett retired (Smiley then rejoined Gene Autry, back from the war, for Gene’s last six films before Gene left the big screen in 1953 for television). Movie B-westerns had generally faded out by then, giving way to TV.

As the series went on, there would be more and more footage taken from older Durango movies and inserted in newer ones. Still, it was hard not to be stirred by that flat-black outfit and pure white horse galloping across the screen.

Songs were a big part of the Durangos even though Starrett never sang. In Starrett’s early westerns, including that first Durango, even the Sons of the Pioneers (including a young Leonard Slye, later to be better known as Roy Rogers) provided musical interludes. As Starrett grew older, he became more agile on the screen because he was increasing being doubled by ace stuntman and future actor Jock Mahoney. Eventually, Mahoney became a third regular in the Durangos, playing different roles, before moving up to more prestigious movies. The last Durango, The Kid from Broken Gun, referred not to Durango but to Mahoney’s character in it.

Even Starrett, in person, laughed at how fast “Steve” could switch horses and outfits to become Durango. Apparently the alternate clothing and horse (named Raider) were always somehow nearby. The Durango Kid also appeared in a bi-monthly comic book (in which Steve became Steve Brand, a last name used in none of the movies but associated with another character with that comics publisher) from 1949 through 1955, three years longer than the films themselves lasted.

Interestingly, Clayton Moore, who played the Lone Ranger in the popular TV series and two movies, appeared in about four of the Durango Kid pictures during the two TV seasons when he was replaced temporarily by John Hart. Moore was freelancing during this period. In the Durangos, he was unmasked, but almost always among the bad guys.

A pulp magazine created a literary masked man, the Masked Rider (complete with Indian sidekick; wonder who they were channeling?). Still, the Lone Ranger and the Durango Kid were far and away the two best-known masked heroes of western lore.

(Trick photo here, since Starrett was both “Durango” and “Steve,” although generally only the audience knew it.)

2 thoughts on “The OTHER masked rider”